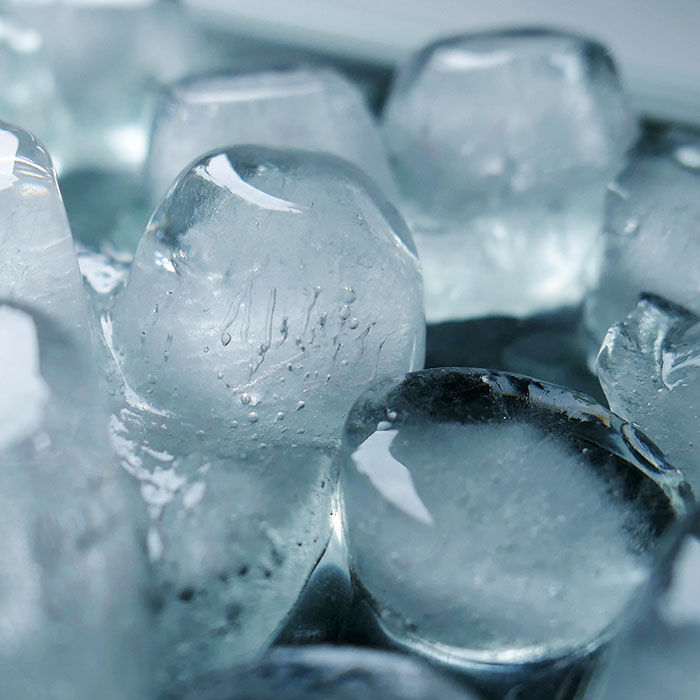 CHEWING ICE MIGHT SEEM refreshing in the moment, but it’s not doing any favors for your teeth in the long run. Today we’re going to take a look at why ice chewing is such a common habit despite the dangers it poses, as well as what someone with this habit can do to stop.

The scientific name for compulsive ice eating is pagophagia. This goes beyond a simple habit and enters the territory of a mental disorder. Getting cravings for ice can be a sign of an eating disorder called pica, which involves a compulsion to eat things with no nutritional value, such as ice, clay, hair, and dirt. Pica is often the result of a nutritional deficiency.

Studies have shown a correlation between compulsive ice eating and iron deficiency anemia, which is pretty common, with 20 percent of women, 50 percent of pregnant women, and 3 percent of men being iron deficient. Without enough iron in the blood, the red blood cells can’t effectively do their job of carrying oxygen throughout the body.

What does iron have to do with ice? Well, researchers theorize that chewing ice sends more blood to the brain, temporarily improving alertness and clarity of thought. This feels good, and so they keep doing it even when it causes dental problems.

Ice Versus Your Teeth

Our teeth are not designed to crunch against solid ice, and they are particularly not designed to chew through several trays of ice cubes a day. Doing this can destroy tooth enamel over time, not just because ice is hard but because it’s cold. The enamel expands and contracts due to these extreme temperature changes, creating tiny cracks in it and making it much weaker, just like pavement in snowy climates. All of this leaves the teeth painfully sensitive to hot and cold and far more vulnerable to cavities.

The texture of the ice can also cause injuries to gum tissue, which you may not even notice because of the numbing effect of the cold, and sometimes the ice can actually chip or break a tooth!

The first step to kicking the ice eating habit is to find out what’s causing it. If the ice chewing is a symptom of anemia, getting iron supplements may eliminate the cravings, so it will be much easier to stop. If it’s pica, there are interventions to explore such as therapy and medication.

There’s also plenty you can do on your own. You can replace the crunchy texture of ice with baby carrots or apple chunks. If you struggle to give up the ice altogether, try letting slivers of ice melt on your tongue like candy rather than crunching on them. This will spare your teeth and gums from the damage of chewing the ice.

Your Dental And Health Care Professionals Can Help

If ice chewing is something you struggle with, make sure to schedule appointments with your doctor and dentist. Iron deficiency can cause a number of other problems besides triggering ice cravings, and it’s important to get diagnosed and treated before it gets worse, particularly for pregnant women. If you have braces, chewing ice will break your brackets also.