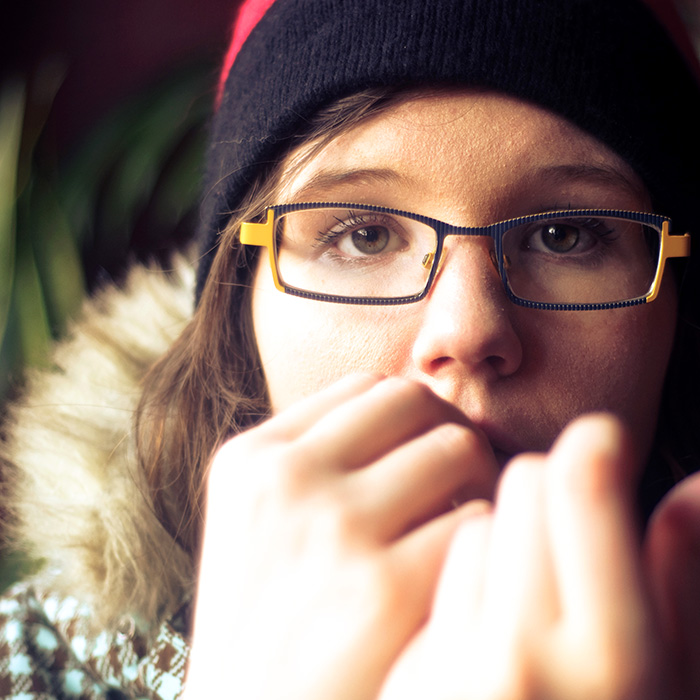 WE CALL SUSPENSEFUL BOOKS “nail-biters,” but the habit of nail biting itself has less exciting connotations.
The most obvious consequence is torn, uneven nails, and in particularly severe cases, nails that become dramatically shortened and deformed over time. This alone would be enough of a reason to discourage the habit, but far more insidious are the effects of nail biting on teeth and oral health.

Consequences For Teeth And Gums

Teeth should never be used as tools, and that includes using them as nail clippers. Over time, nail biting, or oncyophagia, can lead to a variety of complications.

Grinding the front teeth together in order to bite through nails can gradually cause them to shift, creating a bad bite—malocclusion—or a gap between the top teeth.

At the same time that teeth are shifting into less than ideal positions, they could also be getting chipped or cracked, and they are certainly being worn down.

The pressure chewing nails places on the teeth can actually cause the jaw bone to begin re-absorbing the roots of those teeth, weakening them and increasing the risk of tooth loss. Having braces makes the risk of root resorption even greater.

Fingernails trap a lot of dirt and microorganisms under them, and chewing on them introduces all of that bacteria to the mouth, which can lead to gum disease.

People who chew their nails are more likely to develop a chronic teeth-grinding habit, which causes even more problems for the teeth, as well as frequent headaches and facial pain.

Why Does It Happen?

Compulsive nail biting has traditionally been thought of as a nervous habit, but recent studies indicate it may have to do with boredom and perfectionism as well as anxiety. It’s one of several body-focused repetitive disorders, such as picking scabs and pulling hair. Biting nails can be comforting or it can simply provide something to do. Many people who bite their nails don’t even notice they’re doing it. That, of course, makes stopping much harder.

There are many different strategies nail-biters can use to help overcome the urge to keep chewing those nails.

Keep nails trimmed short so there isn’t much to bite.
•Use bitter-tasting nail polish to make nail biting unpleasant.
•Get manicures so that you’re more motivated to keep your nails looking nice.
•Replace nail-biting with a different habit, such as squeezing a stress ball or playing with silly putty.
•Identify your triggers. If you know the circumstances that cause you to bite your nails, you can make plans for dealing with them.
•Stop gradually. Pick one or two fingernails at a time to stop biting (you might need to cover them to physically prevent yourself from biting them), then gradually add more fingernails until there are none left to bite!

We’re With You All The Way!

Our patients’ oral health is our top concern, which makes us your biggest ally against bad habits that put your oral health in jeopardy. If you have any questions or concerns about nail biting or would like more advice on putting the habit behind you, don’t hesitate to call us!

Braces 4U is rooting for you!